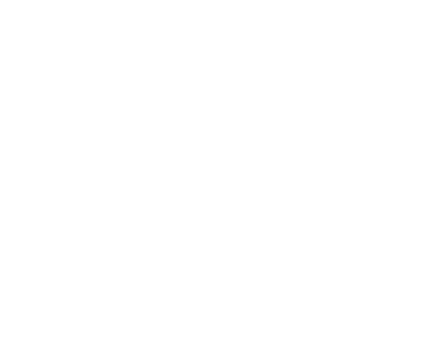 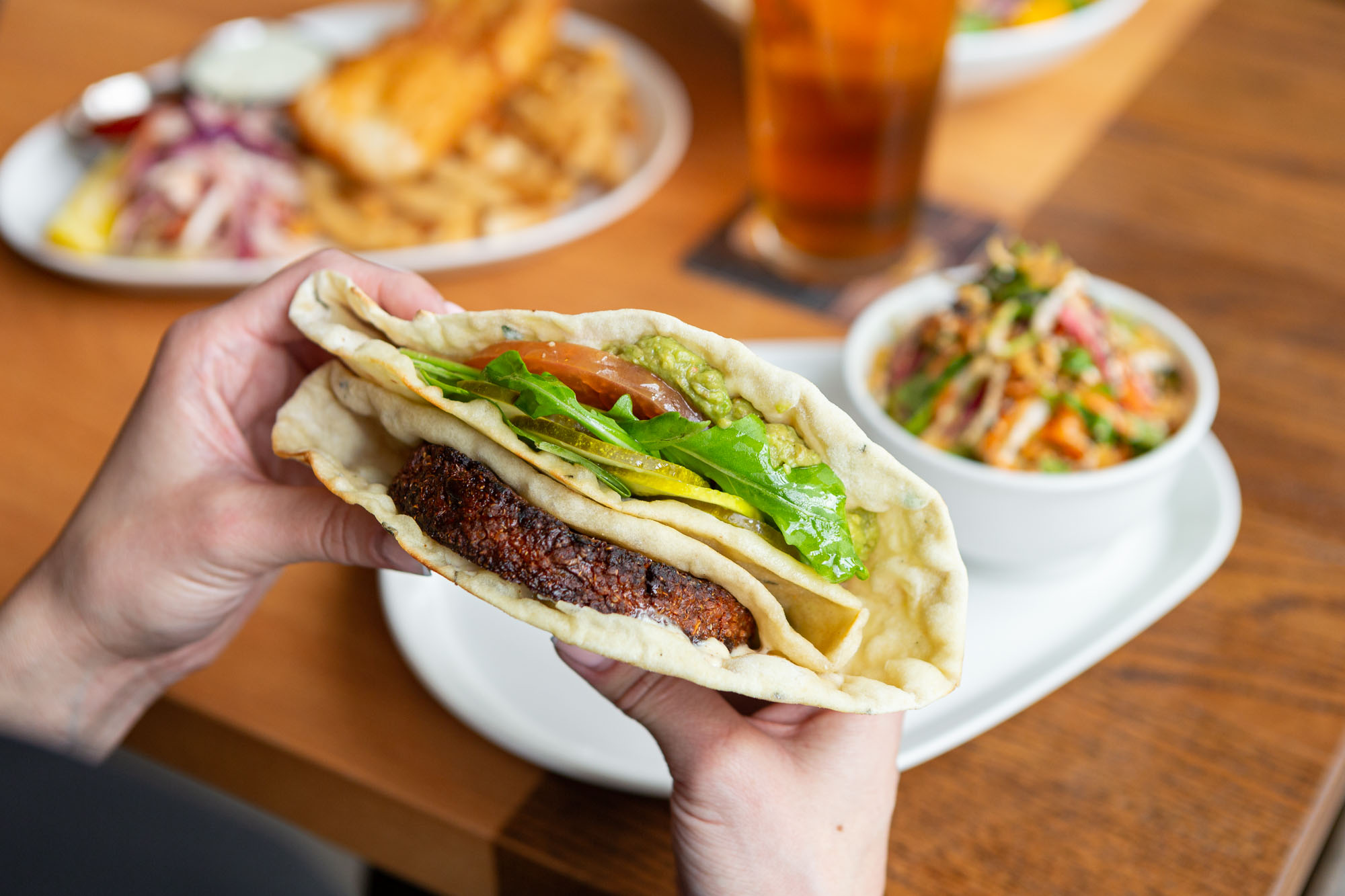 To view our hours, location and parking information, please visit our contact page.

Sap is wholeheartedly Canadian. Taking an honest approach to food, our dishes are dynamic and playful; they feature familiar, wholesome ingredients; and, most of all, they reflect of our country’s rich regional and cultural diversity. 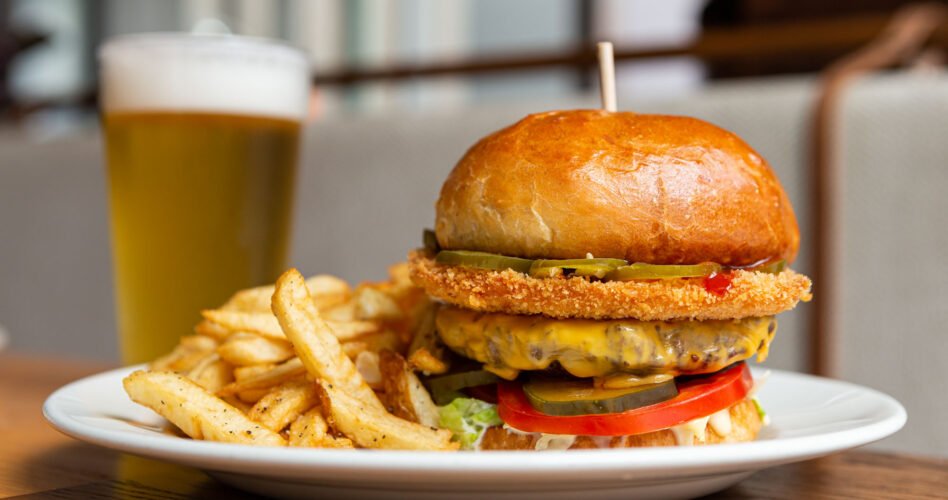 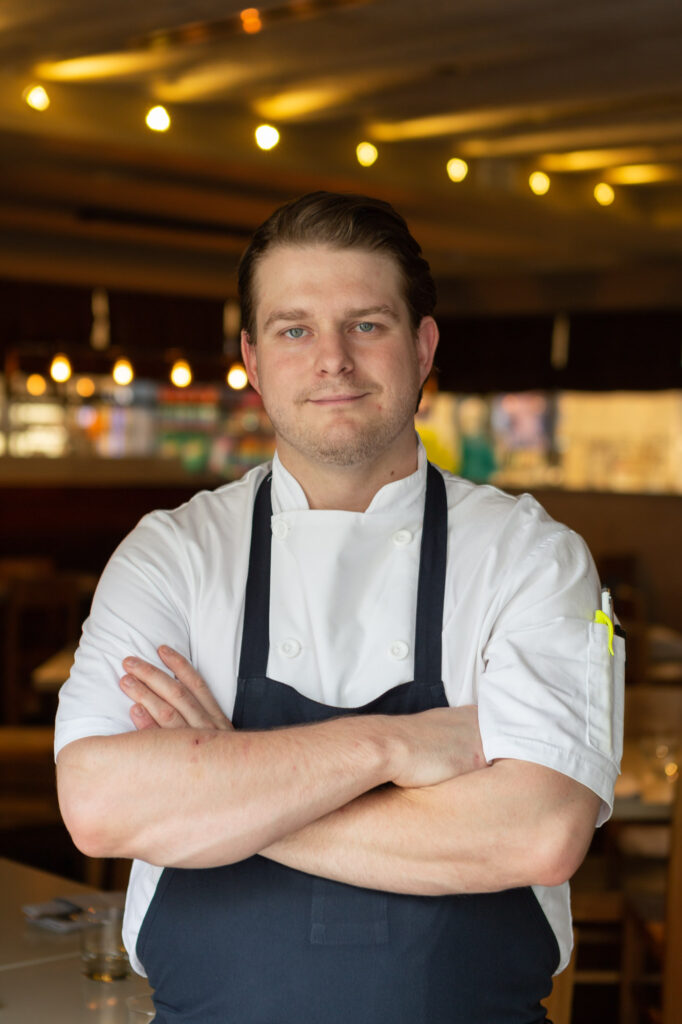 Curious about cooking from a young age, Chef James’ interest in food quickly blossomed into a passion with help from his grandmother. His enthusiasm for highlighting quality ingredients and their origins translates to a love of scratch-made dishes that tell the story of true dedication to craft.

Growing up, it was Chef James’ grandmother who first sparked his interest in food. Harvesting vegetables from her backyard garden, learning the basics of baking, and preparing meals from scratch together – he was mesmerized.

He took a job cooking at Milestones as a way of paying his way through university, quickly discovering his interest in food was nothing short of a full-blown passion. The open kitchen offered panoramic views of smiling guests as they tasted each dish he played a role in preparing, a happy circumstance that reinforced his decision to pursue a career in culinary arts following the completion of his degree.

Recognized for his laser-focus, grit, and determination, he promptly worked his way up to Junior Sous Chef, setting the stage for a bright future. Living in Toronto, he visited restaurants like Canoe and Auberge du Pommier during the city’s Summerlicious and Winterlicious promotions, where he was wowed by a deep respect for ingredients, immaculate presentation, and show stopping innovation that further fuelled his passion and persistence.

It was at that time that he was approached to help open Craft Brasserie & Grille in Toronto’s burgeoning Liberty Village neighbourhood. After three years at Craft, Chef James was eager to continue expanding his knowledge of butchery and scratch-cooking, landing him a place at Liberty Commons, Oliver & Bonacini’s modern-day Canadian brewpub, under the guidance of Chef Ryan Lister and Chef John Horne.

Finding a mentor in Chef Lister, he quickly moved up the ranks, being named Senior Sous Chef by the time he departed to pursue a career closer to family in Kitchener-Waterloo. There, he worked at the esteemed Langdon Hall Country House for four months, taking in everything he could before lockdown put things on pause. Some time at the Cambridge Hotel and a few conversations with Chef Lister later, he’s made his way back to the Oliver & Bonacini family, this time as the Chef de Cuisine at Sap, where he is proudly serving up Canadian comfort food, honouring our country’s timeless traditions and unique ingredients, and embodying the mantra that #RealChefsWorkHere. Outside of the kitchen, Chef James loves adventuring outdoors and spends the warmer months camping, hiking, and fishing.

Born and raised in the small seaside town of Weymouth, Dorset, in England, Ryan Lister grew up a proud Southerner who nourished himself with proper home-cooked food. Between his grandma’s stew and dumplings, his nan’s Sunday roast, and his mum’s rice pudding, he could never get enough of the convivial family huddles around a table of delicious, love-laden food. The joy and warmth that envelop him through those memories, together with the unrelenting support of his family, drive his passion today as he leads the kitchen brigades at Liberty Commons at Big Rock Brewery, The Rabbit Hole and Sap Canadian Comfort Food.

Long before his arrival in Canada, Chef Ryan molded the foundations of his culinary identity in the kitchens of celebrated restaurants across the U.K. — including four-star hotels like Moonfleet Manor and The Swan at Streatley, the award-winning Chez Roux at Greywalls Hotel, and The Bingham under Michelin-starred chef Shay Cooper. In 2013, Chef Ryan made the leap to Toronto, landing a Sous Chef position at Canoe Restaurant & Bar under Executive Chef John Horne, whose mentorship illuminated the path he wanted to pursue as a chef. He quickly fell in love with his new home and with Chef John’s contemporary Canadian cuisine.

Having grown up watching his dad brew beer out in the shed, where he often daydreamed about opening a pub with his wife, opening Liberty Commons as the Chef de Cuisine in 2017 was a literal dream come true. Inspired by his own childhood favourites, British classics, and elevated comfort food, Chef Ryan’s good old-fashioned pub fare centered on being familiar, imaginative, fun, and best served with a cold pint.

In 2020, Chef Ryan turned his penchant for pies into the Common Pie Shop. Nestled within Liberty Commons kitchen, the fledgling pastry commissary dreamed up an assortment of artisanal pies — from sausage rolls to Cornish pasties to game pies. The following year saw exponential professional growth as the now District Executive Chef opened The Rabbit Hole, a whimsical and unapologetically British gastropub, and the rebranded Sap Canadian Comfort Food, where he merges his training at Canoe with the mosaic of culinary backgrounds that defines Canadian cuisine.

Throughout his career, the insurmountable value Chef Ryan places on local, seasonal, sustainable and regenerative ingredients has remained at the forefront of his day-to-day operations. As an ambassador of 100km Foods and a close friend of Tamarack Farms, he is inspired every day to support and uplift smart Canadian agriculture. 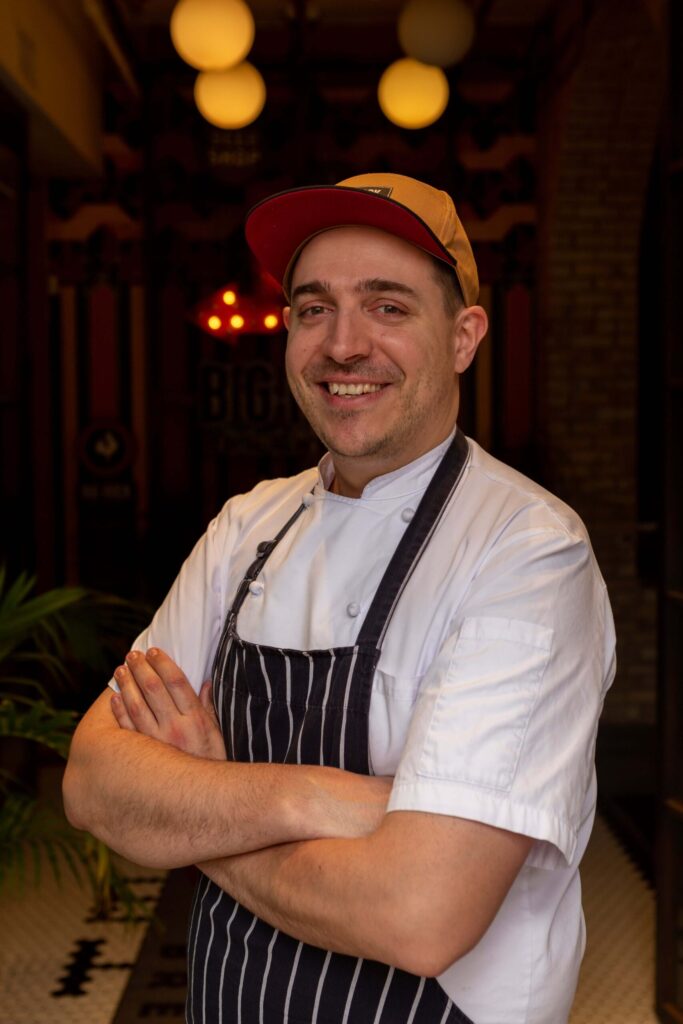 What to Expect When You Dine with Us

We ask that you please review our dining protocols before joining us to ensure a seamless experience for you and your party.